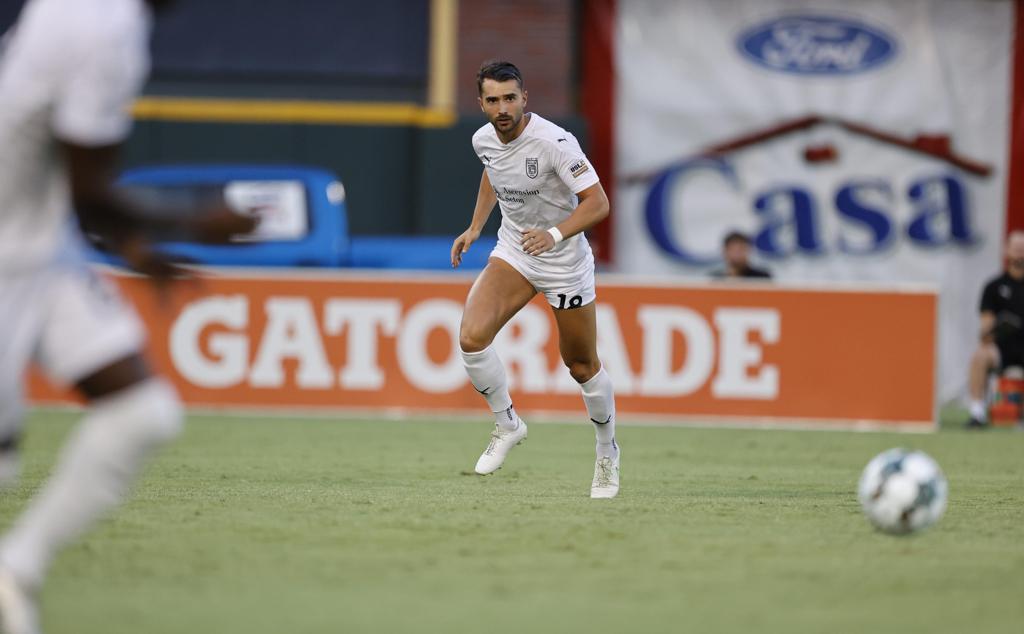 “We are excited to welcome Fabien to the SAFC community,” said SAFC Head Coach Alen Marcina. “He has proven to be among the premier center-backs in the USL. Fabien is an ultra-competitor with high one versus one pressing execution, very good recovery speed, and the on-the-ball ability to vertically progress.”

Garcia joins SAFC after spending the last three seasons with Austin Bold FC in the USL Championship. The 27-year-old has made 48 appearances for the Bold since 2019, including 26 last season when he compiled 2,244 minutes played, four goals, 86 clearances and 58 interceptions. In 2021, Garcia led the Bold in blocks (17) and interceptions while ranking second in clearances.

A native of France, Garcia began his career in his home country with Colomiers prior to playing for Guingamp, Sedan and Nimes from 2014-19. While with Nimes in 2017-18, Garcia helped get the club promoted to Ligue 1 of the French Football Federation for the first time since the 1992-93 season. Overall in his professional career, Garcia has made 135 appearances while adding 10 goals for his defensive position.

Garcia will wear No. 18 for the club.