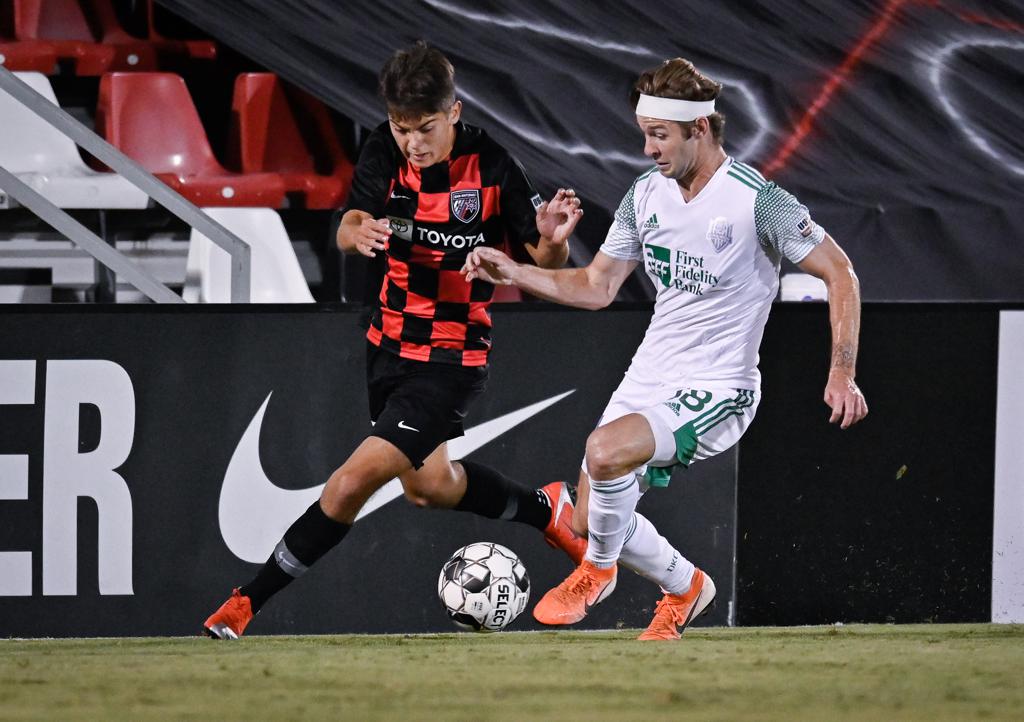 San Antonio FC has loaned midfielder and SAFC Pro Academy product Leo Torres to Real Monarchs SLC of MLS Next Pro for the 2022 season, the team announced today. Per club policy, terms of the loan were not disclosed.

“As a staff, we are happy for Leo to continue his development in a great organization while competing for consistent minutes,” said SAFC Head Coach Alen Marcina. “We wish Leo the best of luck with Real Monarchs this year.”

Torres originally joined the Monarchs on loan to complete the 2021 USL Championship season where he appeared in seven matches and scored two goals. The midfielder appeared in six league matches for SAFC in 2021, playing in 40 minutes and recording an 81.0 percent passing accuracy.

Torres was the first full-time SAFC Pro Academy player to sign with the first team in 2019 and was – at the time - the youngest professional signing in USL Championship history at 15 years, 23 days. Torres originally joined the SAFC Pro Academy ahead of its 2016 inaugural year and was part of the initial squad that the program fielded (birth year 2004).