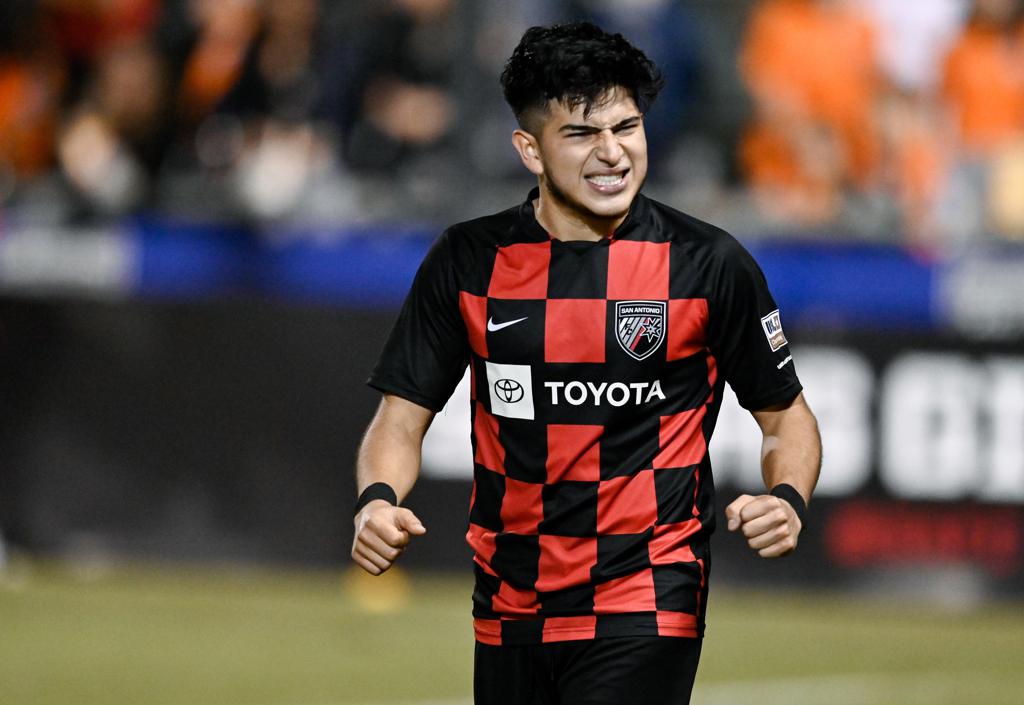 San Antonio FC has agreed to transfer San Antonio native and SAFC Pro Academy product Jose Gallegos to SønderjyskE of the Danish Superliga, the club announced today. The deal is subject to final conditions and approval from relevant sporting authorities, and per club policy terms of the deal were not disclosed.

“As a staff, we are incredibly proud of Jose and his transfer to SønderjyskE,” said SAFC Head Coach Alen Marcina. “He is an extraordinary professional who is committed daily to the SAFC team identity, which resulted in this career-changing opportunity. An element of our club’s vision is to prepare and support player progression which Jose serves as another great example of.”

Gallegos is a two-time finalist for USL Championship Young Player of the Year and was named to the All-League Second Team following his 2021 season where he scored seven goals and added three assists in 29 regular season matches. A product of the SAFC Pro Academy, Gallegos originally signed an academy player agreement in 2019 making his professional debut in an Open Cup match on May 14 of that season. The 20-year-old would make 14 appearances that campaign prior to signing a multi-year professional contract with the club in February of 2020. Overall with San Antonio FC, Gallegos has made 60 appearances (46 starts), compiling 4,161 minutes while recording 10 goals, seven assists, 72 chances created and 113 tackles.

“We are grateful for all that Jose has accomplished at SAFC and delighted that he will have the opportunity to further challenge himself at a respected European first division club like SønderjyskE,” said SAFC Managing Director Tim Holt. “This is an important milestone for our club, and it is important to recognize the coaches and teammates that have contributed to Jose’s development during his time at SAFC.  Further, Jose’s progression through his hometown club followed by a direct move to Europe serves to reinforce the fact that young aspiring soccer talent in San Antonio can realize their dreams to play at the highest levels of the sport through the SAFC pro player pathway.”