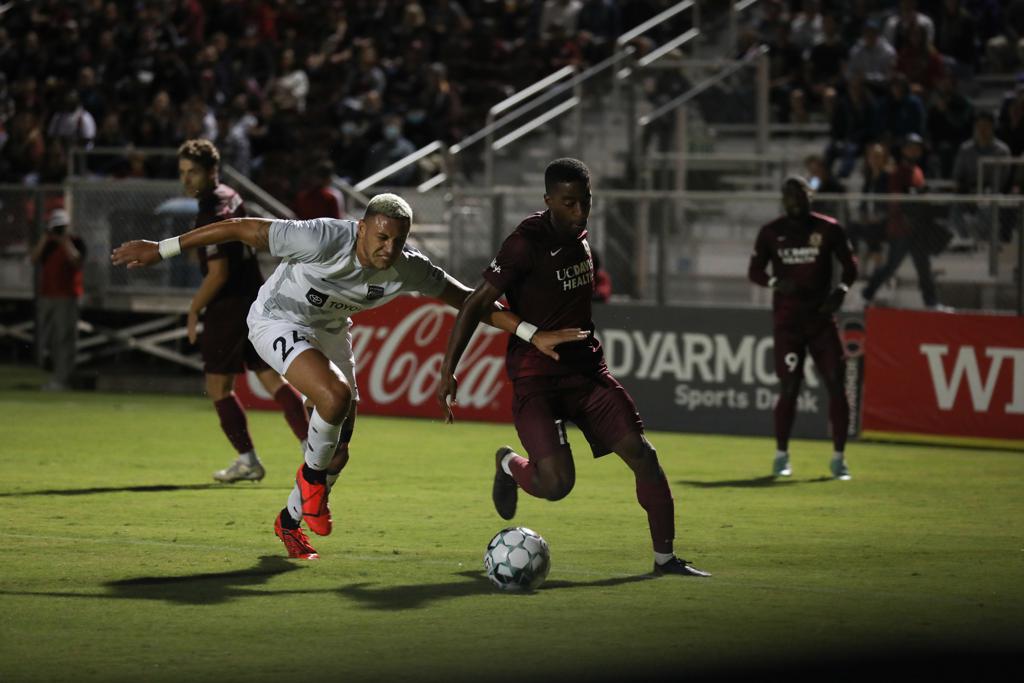 “Sacramento is a strong opponent, and they have a lot of quality players,” said SAFC Head Coach Alen Marcina. “Fans here were very loud. You can feel the passion from the fans that helped the home team. Having said that, I thought our guys were resilient. We created a number of good opportunities that we should have done a bit better with, but the guys kept going and we got rewarded with a goal.”

Sacramento and SAFC ended the first half at 0-0 after both teams continued to try and find a footing in the game. San Antonio had the best chance of the first 45 minutes when a backheel from Nathan found Jose Gallegos who put his shot just wide of the far post.

SAFC came out of the gates in the second half looking for the opener but wouldn’t find it until the 74th minute. After a great run down the right flank, Epps chipped in a back post ball that Ford headed into the back of the net for the 1-0 lead. The Alamo City club almost doubled their lead after another great ball from Epps found Justin Dhillon who put his shot just wide. In the end, the SAFC defense would hold on to the shutout and earn the 1-0 road win.

Ford was named the SWBC Man of the Match after his game-winning goal to go with four tackles and 11 possessions gained. SAFC will finally return home next Saturday, September 25 when they host New Mexico United on Hispanic Heritage Night at Toyota Field.