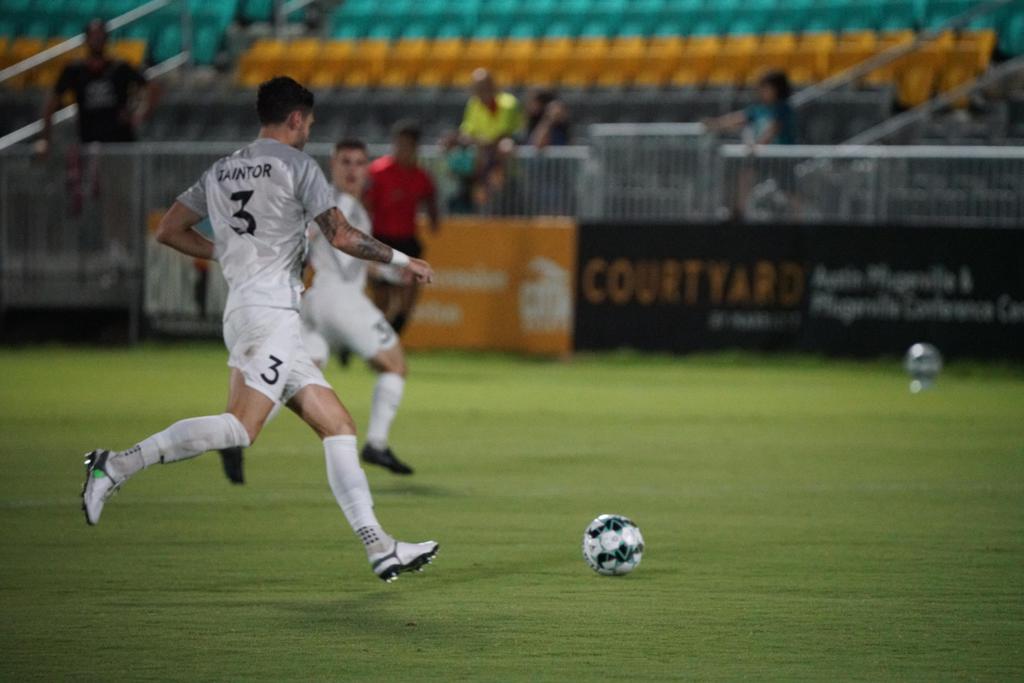 San Antonio FC (8-6-7) came up just short despite a second-half surge, falling 1-2 at Austin Bold FC (7-6-8) on two days rest from their draw vs. Pittsburgh last Saturday. Justin Dhillon’s fifth goal of the season wasn’t enough for the Alamo City club to get a win in the first of the upcoming four-game road trip.

“It’s a disappointing result,” said SAFC Head Coach Alen Marcina. “We have to do better in our individual duels. We gave up a couple goals that we shouldn’t be giving up and we also created a number of opportunities that we have to do a better job finishing. Credit to Austin, they made it very difficult and found a way to win the game.”

The match was relatively even with both sides looking for the opener it the first half, but it was Austin who would find the back of the net first. After a great ball played in, SAFC defender Mitch Taintor was unlucky to see his last-ditch clearance go into his own net for an own goal in the 40th minute. His team would pick him up however just two minutes later when Nathan played a great ball across the goal for Dhillon to tap in and equalize.

The half ended on a flurry however, when the Bold took the lead once again just before the halftime whistle thanks to a Fabien Garcia finish from an Omar Gordon cross. SAFC created a number of chances throughout the second half but just couldn’t find the tying goal despite Nathan, Dhillon, Ollie Wright and Taintor going close.

SAFC goalkeeper Matthew Cardone recorded his 102nd appearance in all competitions for the club, which is now tied with former defender Greg Cochrane for the most in team history. SAFC will now start a cross-country three-game trip, starting in Salt Lake City away to Real Monarchs this Saturday, September 11.