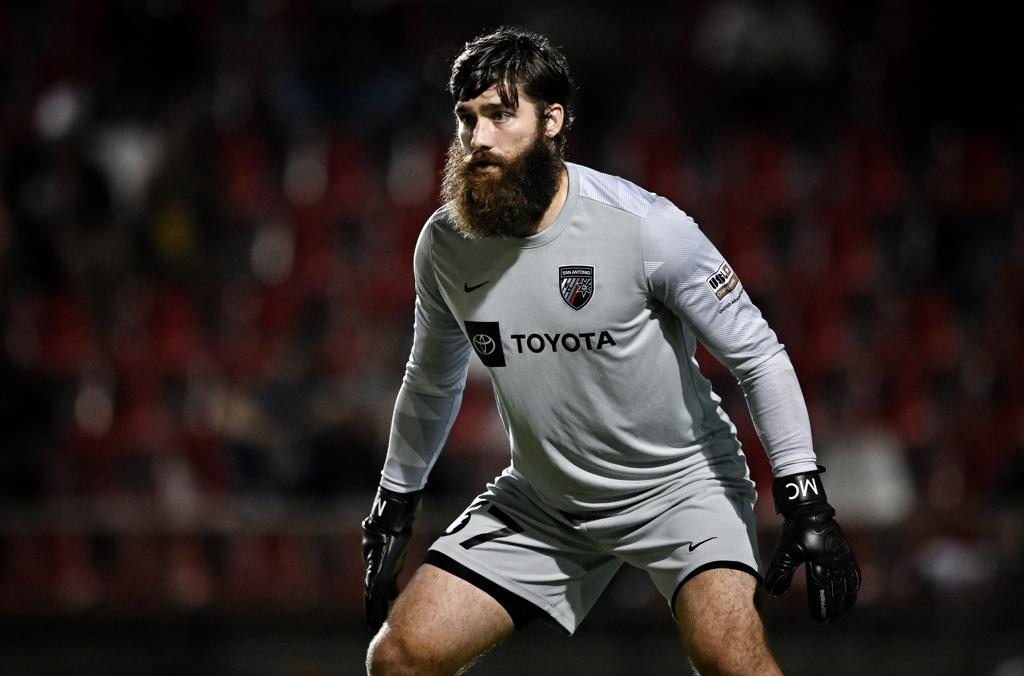 “Matt is a great example for all aspiring players,” said SAFC Head Coach Alen Marcina. “His 100th game for the club is an incredible milestone and we are incredibly proud of him.

“We definitely controlled the game. We made it difficult on ourselves with the amount of opportunities we created; you have to put them in the back of the net. Guys earned the three points, but unfortunately, we didn’t execute at the level we would have liked. At the same time, I’m proud of the guys. Its back-to-back wins which is not easy to do in this conference.”

Despite the San Antonio native Cardone featuring in the spotlight in his 100th match, it was another Alamo City native who would get SAFC off and running in the match. Midfielder Jose Gallegos picked up one of Chris Lema’s four key passes on the night and smartly turned in the box to finish with his left foot in the 27th minute. SAFC conceded early in the second half but got the lead right back in the 75th minute when Ford capitalized on a loose ball in the box and side-footed it calmly into the back of the net for the 2-1 lead. SAFC got its third when Marcus Epps’s deflected strike in the 79th minute looped into the empty net. Despite a late own goal by SAFC, the club would go on to win its third straight match.

Cardone follows Greg Cochrane as the only two players to appear in at least 100 matches for the club. The goalkeeper will match Cochrane with two more games played and can pass him on Sept. 11 at Real Monarchs SLC. Along with his club-record 96 regular season games, Cardone has appeared in three Open Cup matches and one USL playoff match. The MacArthur and Trinity alum originally made his SAFC debut on May 7, 2016, against RGVFC.

With the win, SAFC has now defeated every single Mountain Division oppoenent in their last six wins, that have all come in the last eight matches. The Alamo City club will now prepare to face just their third Eastern Conference opponent ever this Saturday when the Pittsburgh RiverHounds visit Toyota Field at 7:30 p.m.